Are you a fan of classic family films? Have you noticed many of these films and stories focus on the plight of a vulnerable, yet ultimately triumphant child who’s experienced the death of a parent?

As the Clinical Director of Children’s Programs for OUR HOUSE Grief Support Center, I am ever protective of the young people we serve. I’ve often wondered whether there is cause for concern about grieving children viewing these films with a bereaved child as the central character. However, I’ve come to the decision that these films offer teachable moments and a chance to start conversations with young people about life and death. They offer to young viewers an opportunity, on a deeper, psychological level, to face their unconscious fears of abandonment and death, to identify with the central character and work through their fear by the film’s end.

Many classic films depict the adventures of parentally bereaved young protagonists While the storylines may involve deaths by very traumatic circumstances, the death is focused on so briefly that the details most likely escape the attention of young viewers.

Consider: Bambi, whose mother was shot by hunters, Nemo, whose mom was killed by a shark, The Lion King’s Simba’s dad is killed, and most recently, Frozen’s Elsa and Anna’s parents died at sea. Both Cinderella and Snow White’s mother and father died. Additionally, Ariele from Little Mermaid and Belle from Beauty and the Beast experienced an unspecified and likely traumatic type of death and are going through life without mothers.

I once met with a family at our grief support center. The child, a maternally bereaved 5-year-old girl, came dressed in full Elsa regalia. When I asked her what she had in common with Elsa, she could not answer, but when I reminded her that Elsa didn’t have a mommy either and that she grew up to be a hero, the girl’s face broke into a heart melting smile. It was clear that that the enjoyment of the film and identification with the character was unsullied by the harsh reality of the death early in the film.

Over the years parents of grieving children have questioned whether their children should be permitted to watch these films. Recently a parent wondered if Guardians of the Galaxy, in which the hero was also a survivor of early maternal death, would be upsetting for her 10-year-old to watch because the main character’s mother dies and the boy is kept from the room. I reassured her that death-related content does not seem to detract from children’s enjoyment of these films. In fact, children are more likely to engage in conversation about the film’s characters than they are to talk to their grown up about the death in their OWN family.

Children have an innate fear of abandonment and death which is far scarier than the monsters or villains in films such as Nightmare on Elm Street. But, for the parentally bereaved child, the worst thing imaginable already happened when their parent died. They, like their film counterparts, are left to survive without a parent. Young viewers witness their heroes grieve, and all ultimately do more than merely survive the death–they thrive and triumph over adversity. Children leave the theater humming catchy tunes and feeling good about themselves because they too, have faced the worst thing imaginable and have lived to talk about it! Additionally, viewers are also comforted knowing that they aren’t the only ones whose parent has died.

Perhaps parents of grieving children can consider watching one of the films listed above and opening a dialogue about the similarities and differences between your child and the central character. Make sure that your children understand the important message that they aren’t the only ones whose parent has died and that the central characters are heroes! Use this as an opportunity to instill HOPE that they too will triumph and go on to live exceptional lives. And always remember to enjoy your special time as a family! 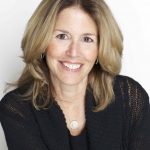 Lauren Schneider, LCSW is the Clinical Director of Child and Adolescent Programs at OUR HOUSE Grief Support Center in Los Angeles.