My grief journey has felt like the most profound combination of painful and beautiful. Kristoff and I crossed paths when we sought healing from our own personal battles, mine being mental health-related, and his relating to the tragic loss of his son to suicide in 2017. We were lucky enough to seek healing in the same place and found tranquility in one another’s support and kindness. Kristoff had a beautiful willingness to vulnerably share his struggle and created a safe and empathic space for mine.

The second I saw the look on my mom’s face the morning of February 3rd, 2019, I knew something wasn’t okay. She handed me her phone where I saw the news of Kristoff’s unexpected passing. I was flooded with shock, disbelief, and deep sadness…so many emotions all at once. It felt beyond unfair. He had remained so kindhearted, loving and hopeful despite the immense emotional pain he had encountered in his life. How could this be his end?

Wanting to somehow connect with his memory, I picked up my phone to revisit our last text message exchanges– his last words to me. I cannot fully explain how astounding it felt to reflect on what he wrote. It was as though he knew it would be his final goodbye, even though neither of us could have ever imagined it at the time. He possessed such admirable optimism; often making statements like “I stand in awe of life. However brief, it is magical.” He ended the text with these beautiful words: “I felt your pain and reveled in your happy moments. I am here if you need me.” It was as though he was telling me he would look out for me even when his physical presence was gone.

Feeling helpless, I sent a text message to his phone, unsure if anyone would ever see it. A portion of it read, “If anyone can receive this, I just want you to know how incredibly impactful Kristoff was on my life. He had to endure such pain and somehow still provided the rarest of light to those he crossed paths with. I’m so grateful to have known him. I’m heartbroken to think of the pain your family has had to experience and now this new, excruciating journey of going through life without him. No matter what, please know that my heart reaches out to all of you. Kristoff truly wasn’t finished sharing his beautiful spirit with the world.” To my surprise, his 15-year-old daughter replied, thanking me. She said that my text was the only one she answered, and she didn’t know why, but she felt drawn to me and my message. That in itself felt like the first of many synchronicities Kristoff would leave for me.

My overwhelming grief was the driving force behind what drew me to the piano that day. I allowed myself to feel the deep sadness, despite how uncomfortable it felt and how much I wanted to run from it. I allowed my grief to flood over me and through to my fingertips as I sat at the piano and played. I could barely see through my tears and needed to repeatedly stop for tissues, but somehow, as if on autopilot, wove Kristoff’s last words into a song. In all other circumstances, the song I wrote for him wouldn’t have left my notebook pages, but I felt the undeniable need to bring it to life in the recording studio as a gift to his daughter.

“Warrior” was the first song I ever recorded, and my life has changed in the most mystical of ways since then. I fell in love with recording my songs and realized that there can be a beautiful purpose in sharing them with the world (something I never thought I would do). I started a project called #lovethroughlyrics where I share my music along with the knowledge that has helped me through my darkest times. Each song touches on different areas of mental health, and I have begun showing younger generations how to express themselves creatively and therapeutically through songwriting.

I wholeheartedly believe that Kristoff has had a hand in all of this and that he is ever-present throughout my days. I will be forever grateful to him and strive to approach life in a way that he would be proud of.

Listen to “Warrior,” a song for Kristoff, here: https://fanlink.to/rachelleycroft_warrior 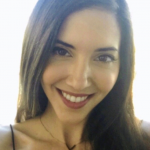 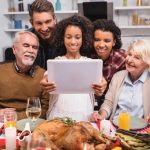 Facing the Holiday Season During the Pandemic 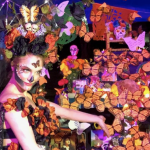 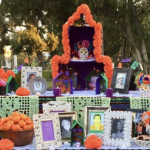 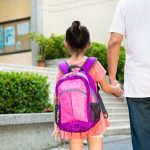 BACK TO SCHOOL BLUES & GRIEF 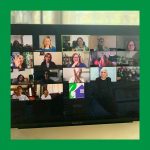